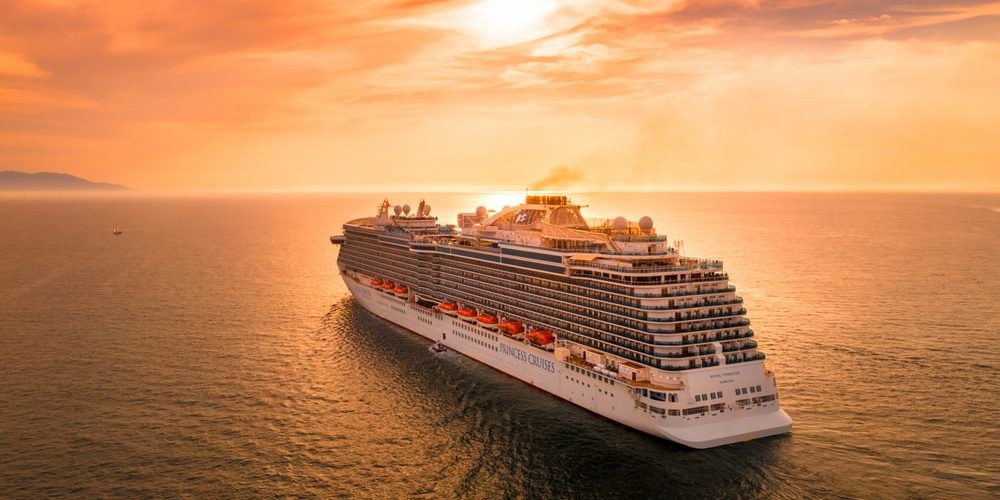 I have talked about this before, but during the muster drill, the ship had a power outage. I just figured it was then unhooking from the pier and it didn’t go as planned. Nope, it was due to the fact that one of the engines was overheating and they had to put coolers on that before we go get underway. Which made it longer to get out of port.

I just wanted to go and relax.

While on the route from the Princess Cay private island to St. Maarten, we were limping along while they replaced one of the pistons that broke. So we were late getting into St. Maarten.

The ship featured big theatre plenty of food options, the Piazza that expanded three floors. Plenty of places to sit and relax. They had the ocean walk on both sides of the ship on deck 16.  They had a fitness room, spa, a sports court, and plenty of deck space to find a place to sit and soak of the sun, take a nap, read or just do nothing.

My wife got the classic soda package which was $11.79 per day. You got the following:

You could find a place to get any form of alcohol or a mocktail. But only certain places would allow you to get a soda. That was a pain in the butt to try and track down a place to get her a diet coke. Dinner you could get drinks as well, and they were pretty good at getting the drinks. Then I got all the water I could drink package, oh wait that was already offered. The good thing about the Soda package is that it is Coke products. That is what is offered on the Princess ships.

For being the first time sailing out of Florida it was an adventure.  What do I mean? Well, this is what I mean.

Then we made it to

So it was a great time.

For being almost 6 years old the ship is still in good shape. The beds, I think we’re upgraded. They were fine I slept like a baby (I don’t usually sleep very well). The cabin was nice, but the only thing I didn’t like is that they only had ONE, yes only 1, freaking plug. Come on people get with the dang times. Offer more than ONE dang plug?

Other than that it was a good ship to go on. Been on the Ruby and the Crown, but the Regal was nice. I would differently recommend this ship.