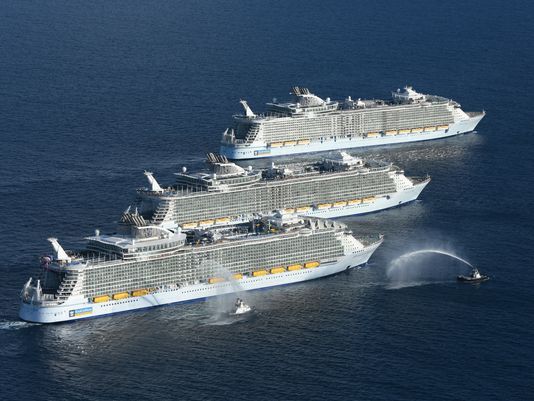 If you are a fan or Royal Caribbean’s ships the biggest ships are changing ports in 2019. Here are the ships, locations, and new ports. Oasis of the Seas

If you want to cruise on the Oasis of the Sea out of Port Canaveral, Florida then you better hurry and book one. This ship will move to Barcelona for the summer of 2019. The ship will be doing some Mediterranean cruises before returning to Florida. It will be setting up home in Miami.  While over in the Mediterranean, the Oasis will be getting a makeover before coming back to Miami.

Allure of the Seas

The Allure isn’t going too far, it is shifting from Miami to Fort Lauderdale in 2019. It is only a 43 min car drive to the new port. But, none the less it is a new home.

Harmony of the Seas

This ship will be moving from Fort Lauderdale to Port Canaveral, taking over for Oasis of the Seas.

Why the moving of the ships? Royal Caribbean is unveiling the fourth vessel in the Oasis Class series. The Symphony of the Seas. The three mentioned ships above can hold up to 6,000 passengers each. The new Symphony of the Seas will be 230,000 which is the world’s largest.

Symphony of the Seas

The ship will debut in March of 2019 and start in the Mediterranean before moving to Miami. The ship will do seven-night Western and Eastern Caribbean cruises. This will include a 2-floor family suite with a slide in it.

They feature the following:

These are some major mega ships.

Get your cruise on.