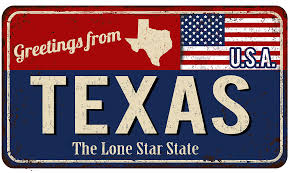 Texas is the Lone Star State.

Layout of the USA at the time they became a state

The state of Texas is huge and it has some of the largest cities in the nation.

Is favored by the Spanish Catholic and American Protestant colonialism.

This is an interesting one considering that 30% of the state population was black and they were enslaved, Texas favored the confederacy. They provided large numbers of means and equipment. However, about 2,000 men severed in the union army.

After the war the economy was destroyed, however, they rebounded quickly as it wasn’t dependent on the slave trade.

You would think that with Texas being big as it is, there would be a lot of sports (Profesintal teams) here.

Great state for some sports.

The state of Texas is massive and there is so much to see and do. The second-largest state in Area after Alaska. Also, second in population after California. It has a lot of history and is a place you must visit.